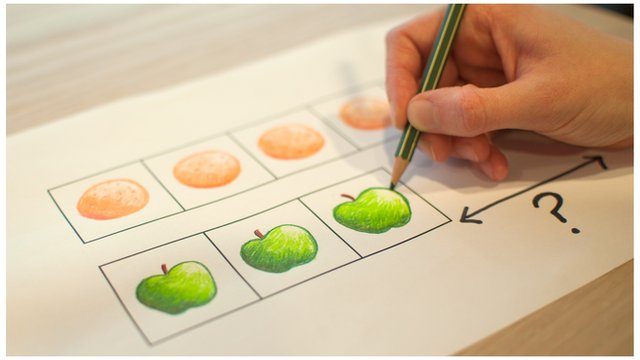 Singapore teaches maths better than most countries including the UK, according to international rankings for secondary pupils.

The difference starts at an early age.

There are many reasons but one key factor is its step-by-step approach that can be used at home or in the classroom.

Young children are happy playing with blocks or drawing pictures. But they can find number symbols, like 5 + 2 = 7, mystifying.

So the Singapore method begins by allowing children to start learning about maths by playing with real objects, blocks or cut-out pictures.

They build confidence with the basic ideas of adding and taking away. There is then a second stage of drawing pictures representing the objects. And only later do they gradually start to add numbers to their drawings. 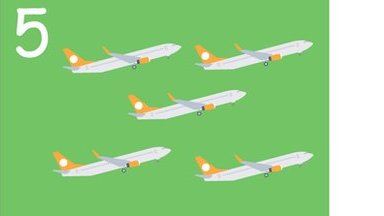 Straight to the symbolic – a leap too far for many children?

But number symbols like 5 or 10 as well as symbols like + or – are often difficult for children to understand. And if they are introduced too quickly, there is a risk that young children will struggle and from then on never fully recover their confidence in maths. Failing repeated tests on symbolic sums at school only deepens their anxiety and they soon learn that maths is not for them.

The Singapore method illustrated in more detail below goes more gradually – from handling “concrete” things, to drawing one-to-one “pictorial” iconic representations of them, to eventually understanding and using the mysterious “abstract” symbols with confidence.

1. Lining up objects in a row 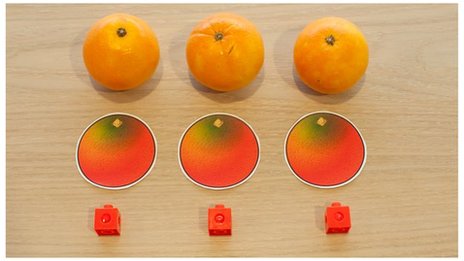 Children start by counting familiar things using blocks or cut-out pictures they can physically line up in a row. For instance counting pieces of fruit, their own ages, or people in the room. With one block or cut-out picture for each orange, or year, or person.

They can learn most basic maths concepts with these objects. For instance add objects to the row, or take them away, to understand adding and subtraction. Or split a row in the middle to understand halving. 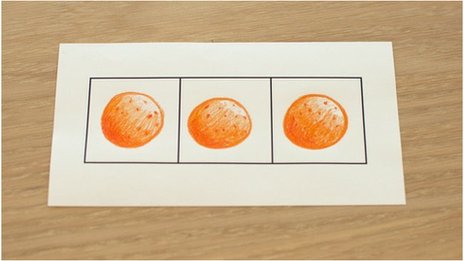 Then children start to draw pictures on paper of the things they are counting, with a box around each picture. So there’s one box for each thing they are counting. Over time they drop the pictures and just draw the boxes. 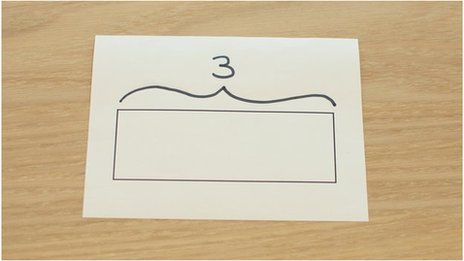 Gradually, once they are confident with drawing boxes to count objects, children start to write the number of boxes as a figure above the drawing.

Eventually they no longer need to draw all the boxes. They just draw one long box or bar and label it with the number. This step away from one-to-one representations to symbols is crucial and it may take a year or more for some children to become confident with it. But the benefits later on are worth it.

This model of numbers as labelled bars is known as the Singapore model, and it’s a tool children can use to understand almost any concept in maths, including multiplication and division and even algebra.

You can see examples of different stages of the model in this slideshow: 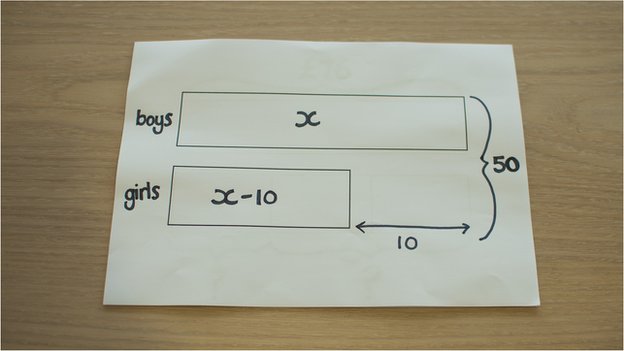 Parenting Tips: Giving Your Children the Gift of Time