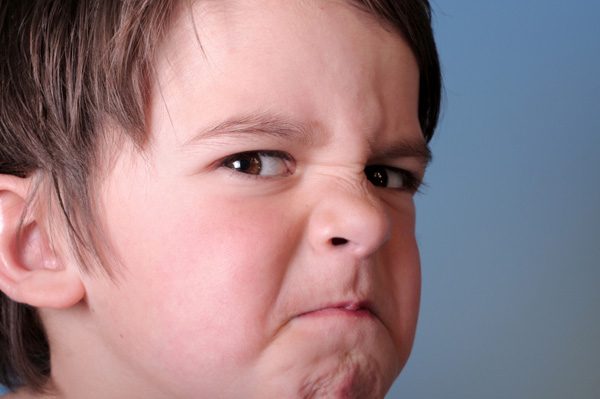 How do you nip escalating fights over power in the bud? We show you three powerful techniques for defusing defiant power struggles.

“Remember, when you engage in an argument with your child, you’re just giving him more power.”

How do you know if you’re entering into a power struggle with your child? Any time you’re asking your child to do something and he’s refusing to comply—when you find him “pushing back” against the request you’ve given or the rules you’ve set down—you’re in a struggle. If the push for power is appropriate, you should be able to sit down with your child and talk about it in a fairly reasonable way. If it escalates into an argument or fight, you are in a defiant power struggle—and make no mistake about it, parents need effective ways to dial that back immediately. In my opinion, defiant power struggles between parents and children have become more common in recent years. I believe this is a direct result of the glorification of power we see all around us: on television, in music, in politics, in the movies. In our culture, kids are taught from early on that power—and brute force—will get them what they want. As a result, we see a lot of kids who don’t know how to solve social or functional problems constructively. A social problem is “How do I get along with others?” And a functional problem is, “How do I meet my responsibilities without getting into trouble?” So if your child has not learned to solve these types of problems, he’ll refuse to do his chores by throwing a tantrum. Or when he gets older, he’ll say mean things to you and tell you it’s none of your business when you ask him to comply with a family rule. If the defiance becomes more entrenched, he might try to intimidate you physically to get you to “back off.”

If your child is trying to draw you into these kinds of defiant power struggles, realize that he needs to develop more appropriate problem-solving skills as soon as possible. Kids who use this type of behavior to get their way are headed down a dangerous path that only leads to serious difficulties later in life.

The good news is, there are real and effective things you can do besides going to war with your child.

Avoid the Fight: Don’t Attend Every Fight You’re Invited to

A key skill I teach parents to use when they are confronted with a child who wants to drag them into a fight is the technique of “Avoidance”. Think of it this way: when you engage in an argument with your child, you’re just giving them more power. In effect, you’re increasing your child’s perception that they have the power to challenge you. Even if that perception is false it still carries a lot of weight. Why is that? Because your child often doesn’t realize that this empowerment they’re feeling is not real. The danger here is that the more powerful they think they are—and the more defiant behavior gets them what they want—the more they will use it as a shortcut to solving their problems.

Make no bones about it, parents have to make every effort to learn how to manage this type of behavior in their kids. I’m not saying this is easy—in fact, I believe it’s one of the most difficult lessons parents have to learn. And the lesson is, “How can I let my child mature, individuate and become appropriately empowered with the least amount of fights possible?” Remember that genuine empowerment comes from the development of appropriate life skills, such as communication and learning how to meet responsibilities– and developing age-appropriate problem-solving skills.

As a parent, it’s easy to slip into a fight with your child over small and large issues: power struggles can occur over everything from the refusal to pick up dirty laundry to how late your child is allowed to stay out on the weekends. But I tell parents they don’t have to attend every fight they’re invited to. That’s my way of saying that you don’t have to get involved with every fight each time your child begins to escalate. You can just declare victory and walk away.

So next time your child tries to draw you into a defiant power struggle over something either minor or major, just say, “We’ve discussed what is going to happen. I don’t want to talk about it anymore,” and leave the room. When you leave, you take all the power with you-you just suck it out of the room, and your child is left yelling at a blank wall. Know that the more you engage your child in an argument, the more power you’re giving him. So again, just walk away and declare victory.

Give Your Child a Choice

I recommend that parents give kids some choices around their responsibilities when possible. So if there’s an issue with doing chores or homework, for example, a good way to avoid a power struggle is to offer some options. During summer, you might say, “You can start your chores when you get home from day camp or other activities, or you can wait till I get home. You can text message all you want between 3:30 and 5:30 and then do them when I get home. Or you can do them between 3:30 and 5:30 and then text message during your free time at night. So decide when you would rather be text messaging, talking on the cell phone, or going on the computer: between 7:00 and 8:30 p.m. or between 3:30 and 5:00 p.m. Those are your choices.”

That’s when you put the responsibility on your child to make choices about how they’re going to spend their time. I think you have to learn how to present these things in a way which makes it your child’s responsibility to complete his tasks. When the choice is, “When do you want to instant message? Now or later?” you’re establishing a structure and giving them some appropriate power. This teaches your child good problem-solving skills because he’s looking at his choices and picking the best one. In my opinion, that skill is the most important thing a child can learn as he develops; there is nothing more positively empowering than learning problem-solving skills.

Remember, with every increase in autonomy for your child, there should be an increase in responsibility and accountability. For instance, let’s say your child wants to stay up till nine o’clock at night instead of eight o’clock. You decide that staying up an hour later isn’t going to interfere with your child’s need for sleep and that he’s old enough to handle the later bedtime. So you both reach a compromise of 8:30 p.m. to see how that goes.

Most parents will think the case is closed at this point—but if you leave it there, I don’t believe you’ve done enough to teach your kid how to solve problems. You need to make clear to your child how you expect increased responsibility with increased autonomy. So I think the end of any conversation that centers around a change or an increase in power has to include these four questions:

Those four questions are really important because what they say is, “If you want to stay up later, how will we know that it’s okay? Because you’ll still meet your responsibilities.” What’s the accountability piece? “What are we going to do if it’s not working? We’re going to return to the earlier time.”

By the way, if it’s not working, parents should not give a consequence. Just say, “It’s not working because you’ve had a hard time getting up. No hard feelings. We’ll try it again in 30 days.” The chance to increase autonomy doesn’t stop forever for your child, so he or she is still able to earn more independence later. You can say, “We’re going back to bedtime at eight o’clock and then in 30 days, let’s sit down and talk about it again. Meanwhile in those 30 days, get your rest, practice what you need to do and then we’ll take another shot at it.”

That’s how negotiations are supposed to go. They are carried out through the use of proposals, compromises, and ways of measuring outcomes to make sure everyone is doing what they agreed to do. Understand that all these gradual gains in power for your child are really rungs on a ladder that leads to independent functioning, or adulthood. And what you want your child to know at the top of the ladder is how to solve social problems and functional problems, how to get along with other people and how to live the right values.

So remember, even though it’s quite possibly the most difficult balance we have to maintain as a parent, we don’t want power struggles to go away. We don’t want limits and limit testing to go away. Rather, it’s the way kids push that’s important. Think of it this way: If children don’t get engaged in power struggles with their parents, they won’t learn how to advocate for themselves later in life. So what we want to focus on are the techniques they should use. And the appropriate techniques are ways to say, “Mom, I don’t like this, can we talk about it?” Or “Dad, I don’t think you understand what I mean, can we talk about it?”

Obviously, the expectation is for parents to be willing to sit down with their kids and talk about it. Nothing ensures a power struggle like your child’s belief that he can’t talk to you reasonably about something. I think when times are good, it’s important for parents to sit down with children and say, “When you don’t agree with me, this is how we should handle it.” Invite them to talk to you about it. At the end of that conversation remember to say, “Whatever decision is reached, it’s going to have to be acceptable. I’m not going to keep arguing with you. I’m just going to walk away.”

This is a good way for you to establish the ground rules around challenges to your authority, and to make sure that those challenges are appropriate. Plainly and simply, if your child doesn’t push boundaries or tests limits, they won’t be adept at living in the adult world. They won’t develop the problem-solving skills of negotiation, compromise, and sacrifice in a way that empowers them and prepares them to solve real-life problems. And I believe that’s one of our main goals as parents—to empower our kids appropriately so they’re able to navigate independently in the adult world.

Whether it’s a business inquiry or a question about our programmes, feel free to contact us!

Why You Can’t Be Your Child’s Friend