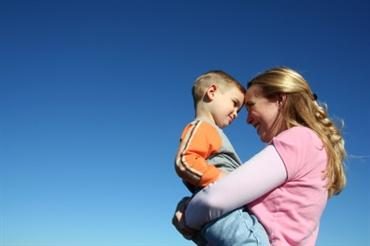 Developmental psychologists have long been interested in how parents impact child development. However, finding actual cause-and-effect links between specific actions of parents and later behavior of children is very difficult. Some children raised in dramatically different environments can later grow up to have remarkably similar personalities. Conversely, children who share a home and are raised in the same environment can grow up to have astonishingly different personalities.

Despite these challenges, researchers have uncovered convincing links between parenting styles and the effects these styles have on children. During the early 1960s, psychologist Diana Baumrind conducted a study on more than 100 preschool-age children (Baumrind, 1967). Using naturalistic observation, parental interviews and other research methods, she identified four important dimensions of parenting:

Based on these dimensions, Baumrind suggested that the majority of parents display one of three different parenting styles.

(1) Authoritarian Parenting
In this style of parenting, children are expected to follow the strict rules established by the parents. Failure to follow such rules usually results in punishment. Authoritarian parents fail to explain the reasoning behind these rules. If asked to explain, the parent might simply reply, “Because I said so.” These parents have high demands, but are not responsive to their children. According to Baumrind, these parents “are obedience- and status-oriented, and expect their orders to be obeyed without explanation” (1991).

(2) Authoritative Parenting
Like authoritarian parents, those with an authoritative parenting style establish rules and guidelines that their children are expected to follow. However, this parenting style is much more democratic. Authoritative parents are responsive to their children and willing to listen to questions. When children fail to meet the expectations, these parents are more nurturing and forgiving rather than punishing. Baumrind suggests that these parents “monitor and impart clear standards for their children’s conduct. They are assertive, but not intrusive and restrictive. Their disciplinary methods are supportive, rather than punitive. They want their children to be assertive as well as socially responsible, and self-regulated as well as cooperative” (1991).

(3) Permissive Parenting
Permissive parents, sometimes referred to as indulgent parents, have very few demands to make of their children. These parents rarely discipline their children because they have relatively low expectations of maturity and self-control. According to Baumrind, permissive parents “are more responsive than they are demanding. They are nontraditional and lenient, do not require mature behavior, allow considerable self-regulation, and avoid confrontation” (1991). Permissive parents are generally nurturing and communicative with their children, often taking on the status of a friend more than that of a parent.

(4) Uninvolved Parenting
An uninvolved parenting style is characterized by few demands, low responsiveness and little communication. While these parents fulfill the child’s basic needs, they are generally detached from their child’s life. In extreme cases, these parents may even reject or neglect the needs of their children.

The Impact of Parenting Styles

What effect do these parenting styles have on child development outcomes? In addition to Baumrind’s initial study of 100 preschool children, researchers have conducted numerous other studies that have led to a number of conclusions about the impact of parenting styles on children.

Why is it that authoritative parenting provides such advantages over other styles? “First, when children perceive their parents’ requests as fair and reasonable, they are more likely to comply with the requests,” explain authors Hockenbury and Hockenbury in their text Psychology. “Second, the children are more likely to internalize (or accept as their own) the reasons for behaving in a certain way and thus to achieve greater self-control.”

Why Do Parenting Styles Differ?

After learning about the impact of parenting styles on child development, you may wonder why all parents simply don’t utilize an authoritative parenting style. After all, this parenting style is the most likely to produce happy, confident, and capable children. What are some reasons why parenting styles might vary? Some potential causes of these differences include culture, personality, family size, parental background, socioeconomic status, educational level, and religion.

Of course, the parenting styles of individual parents also combine to create a unique blend in each and every family. For example, the mother may display an authoritative style while the father favors a more permissive approach. In order to create a cohesive approach to parenting, it is essential that parents learn to cooperate as they combine various elements of their unique parenting styles.

There are, however, some important limitations of parenting style research that should be noted. Links between parenting styles and behavior are based upon correlational research, which is helpful for finding relationships between variables but cannot establish definitive cause-and-effect relationships. While there is evidence that a particular parenting style is linked to a certain pattern of behavior, other important variables such as a child’s temperament can also play a major role.

Researchers have also noted that the correlations between parenting styles and behaviors are sometimes weak at best. In many cases, the expected child outcomes do not materialize; parents with authoritative styles will have children who are defiant or who engage in delinquent behavior, while parents with permissive styles will have children who are self-confident and academically successful.

“There is no universally “best” style of parenting,” writes author Douglas Bernstein in his book Essentials of Psychology. “So authoritative parenting, which is so consistently linked with positive outcomes in European American families, is not related to better school performance among African American or Asian American youngsters.”

The Bottom Line: Parenting styles are associated with different child outcomes and the authoritative style is generally linked to positive behaviors such as strong self-esteem and self-competence. However, other important factors including culture, children’s perceptions of parental treatment, and social influences also play an important role in children’s behavior.

6 Small Ways to Make Each of Your Kids Feel Special
Comments are closed.